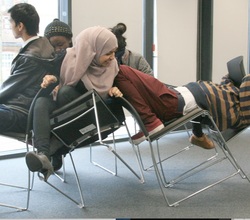 As part of Whitechapel Gallery’s Artist in Residence Programme 2012-2013 year 12 A Level Art and Design Students worked with Netherlands based artist Annette Krauss on her on-going project Hidden Curriculum.

Hidden Curriculum is defined broadly as everything you can learn outside of and alongside the official school curriculum and the way we learn from one another. Students worked collaboratively to explore possible meanings for the Hidden Curriculum looking at different types of knowledge and what is considered important by others.
They observed and compared behaviour in school and at the Whitechapel Gallery questioning what is ‘normal’ and ‘allowed’, enacting different possibilities.

What happens when protocols are challenged, routines are reversed and the everyday is tested? Using performance and Annette Krauss playfully explores with students the transformative potential of (un)learning. From small acts
of creative disobedience to collectively reinventing the use of objects and everyday routines, In Search of the Missing Lessons pursues Krauss’ interest in radical education and pedagogy. This new series of videos: Undercover Studies, Collectively Rocking Chairs, Reversed Impossible, Astronaut Walk, Working Rhythm and Chair Hierarchies allude to the body politics often at play in educational environments.

Working in teams to film their performative pieces they contributed to the editing process that resulted in a series of short films, still images and audio works.
Students used film and photography as a tool to reflect and articulate their understanding of the Hidden Curriculum students. They investigated ideas such as a Missing Lesson and Undercover Studies. They debated the unseen structures that shape our lives through performative actions to find out how these structures influence the way we behave in the world.

What I liked about the hidden curriculum project is that it is about what is normal. Its about ... being out of the norm and trying ideas and doing stuff you wouldn’t do in your normal day. It is the hidden part that makes it strange. It’s a contrast between the hidden, that is unknown and then the curriculum, something that you think is known, in the government, in the world, everywhere. Sayeeda from SPWTS 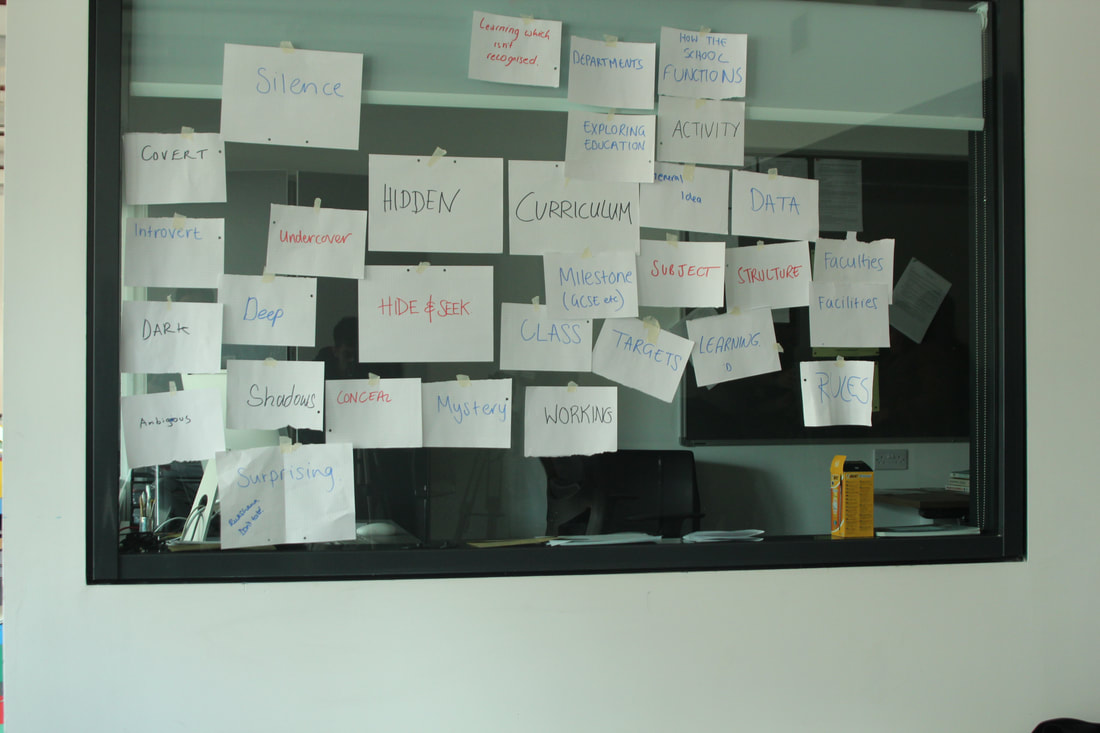 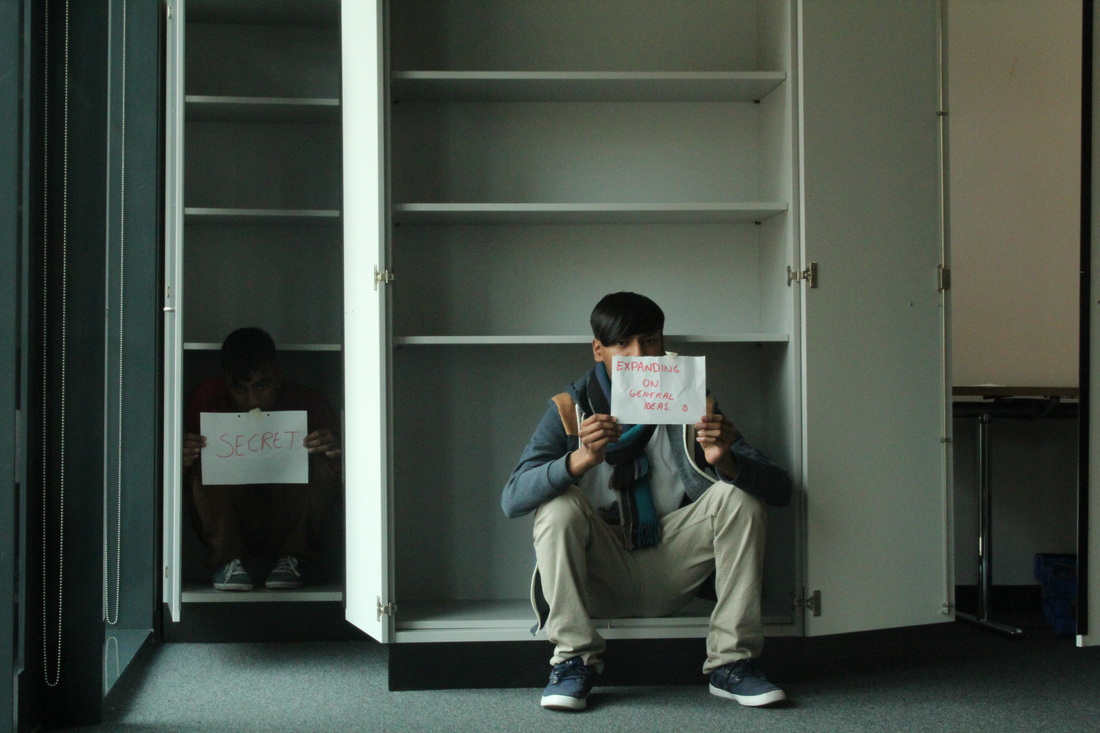 Hidden Curriculum / Missing lesson
The group prepared a gravity workshop, a reversed tour and screenings of the work-in progress at the Whitechapel Gallery Tuesday 16 July, 1pm - 3pm. This event anticipated their final exhibition at the Gallery opening on 17 September 2013.
A series of video, photography and audio works were exhibited by Annette Krauss documenting the year long project.

In Gallery 5 sequences from the Hidden Curriculum archive illustrated Krauss’ ongoing explorations into the differing school contexts of Munich, Utrecht, Dresden, Berlin and London, addressing how unseen structures shape the way we look and act upon the world. Each sequence was accompanied by a red folder showing documentation of these distinctly situated projects.